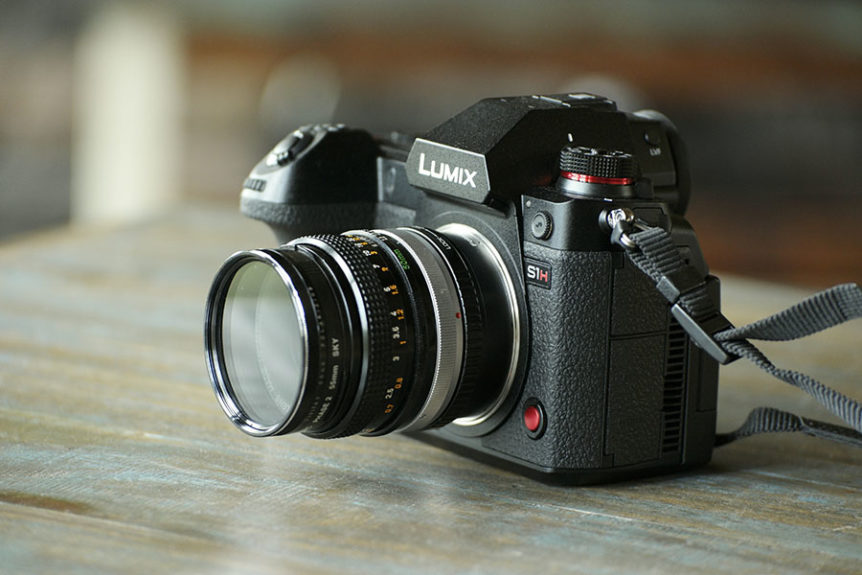 A few months back I tested the Lumix S1H against my Panasonic AU-EVA1 to compare image quality and color matching, and was impressed enough to pull the trigger on adding the S1H to my production offering. It is the first, and so far, the only mirrorless DSLR accepted for production by Netflix, which says something about its robust specs. And my intent is to pair it with my EVA1 as a B-camera and gimbal camera, as it will work nicely on a DJI Ronin-S, (which I’ll be testing at the end of the month. So return in April for that report). 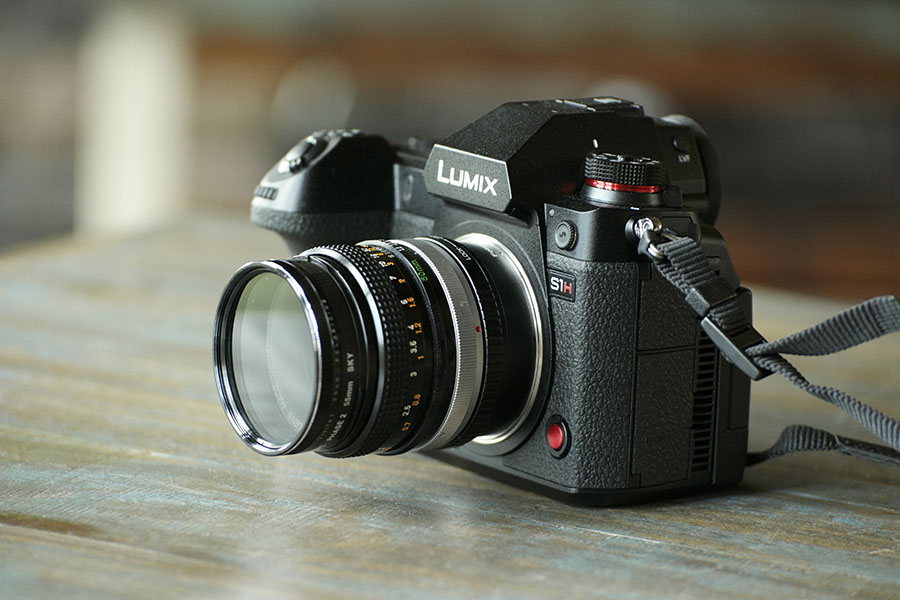 My order included the Sigma 24-70mm, which I’m still waiting on, so in the meantime I’m having to use a set of vintage Canon FD still lenses along with an L to FD adapter. I was thrilled to find such an adapter for under $20 that works with three of my FD lenses, 24, 50, 135mm, respectively. Since they aren’t communicating with the S1H electronically, I was concerned I would struggle to focus, but thankfully the S1H has focus assist peaking right through these lenses and all the metering as well so operation was easy enough. It’s kind of exciting to have the option of using vintage lenses on this camera! And they appear to be full-frame lenses inherently because I could set the camera at FULL-FRAME mode or S35 for different crop options.

For my test I chose the 50mm lens with a pola and setup the camera as follows: Full-frame, UHD, 422, 10 bit-L, MOV, 23.976 fps, and set to the Cinelike D2 preset. This would allow a wide dynamic range but with a LUT baked in for easy post. All images have been slightly corrected. The provided stills are from RAW files with correction added. More extensive tests will be made using the V-log setting later. This blog is more about the Image Stabilization built into the camera body and the FD primes were a nice test for that. 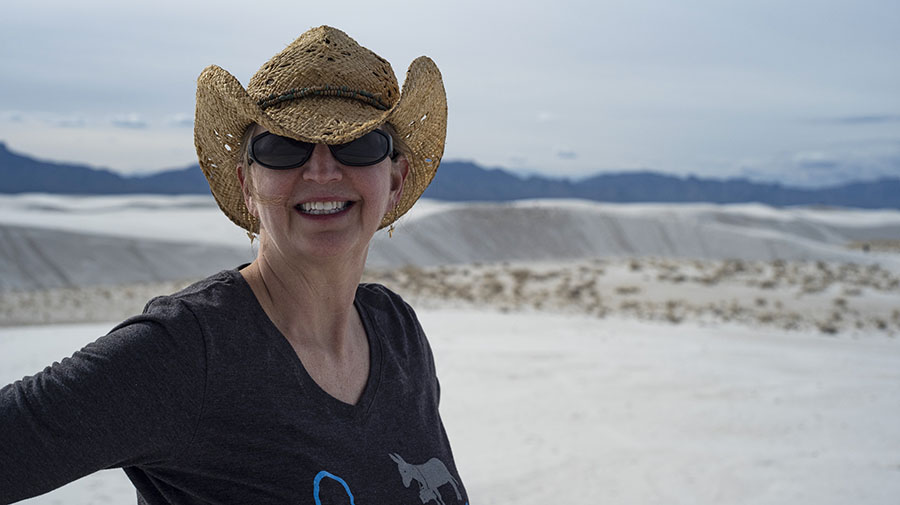 In the video sample I stood stationary and handheld (no cage) with the following movements: panning the camera left to right; handheld still on a subject; boom-up from a crouched position; and slight tilt down. Certainly not an exhaustive series of tests. I didn’t walk around or run or do lots of arm swinging movements. To me those sorts of movements are really for a gimbal to yield acceptable results. After all, IS has its limits in smoothing out footage. What I wanted to see was how well the IS would treat my small handheld 50mm movements should I find myself without a tripod in an extreme run-and-gun situation. Probably worth mentioning the camera was set to 200 ISO, 90 degree shutter and the lens was around F5.6 or up to F8. These setting were more out of necessity because I didn’t have any ND filters with me and the pola was likely only a 2 stop factor. And the 50mm lens in full-frame mode was more like what a 35mm lens angle of view would look like in S35 mode. In S35 mode the movements of a 50mm might not have felt as smooth. I would probably have chose the 24mm had I been in S35 mode. 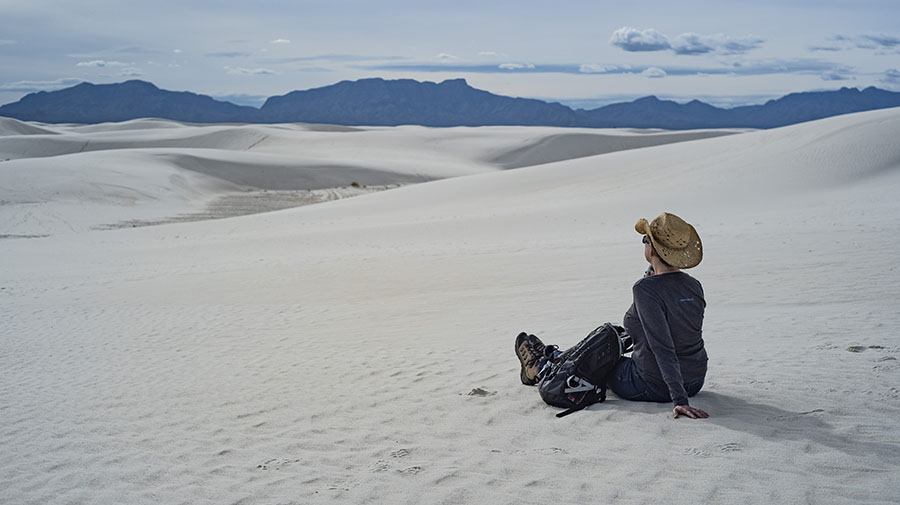 By using the camera’s internal horizon leveling guide, I could keep the camera level during handheld moves. I tried to pan at what I thought would be an acceptable speed without introducing rolling shutter in the UHD setting and I didn’t detect any, though there were no vertical shapes to push that effect. The one “boom up” shot was simply me standing from a crouched position, which yielded a little more shake than I wanted, so I applied warp stabilizer “smooth movement” in Premiere and the shot became acceptable. 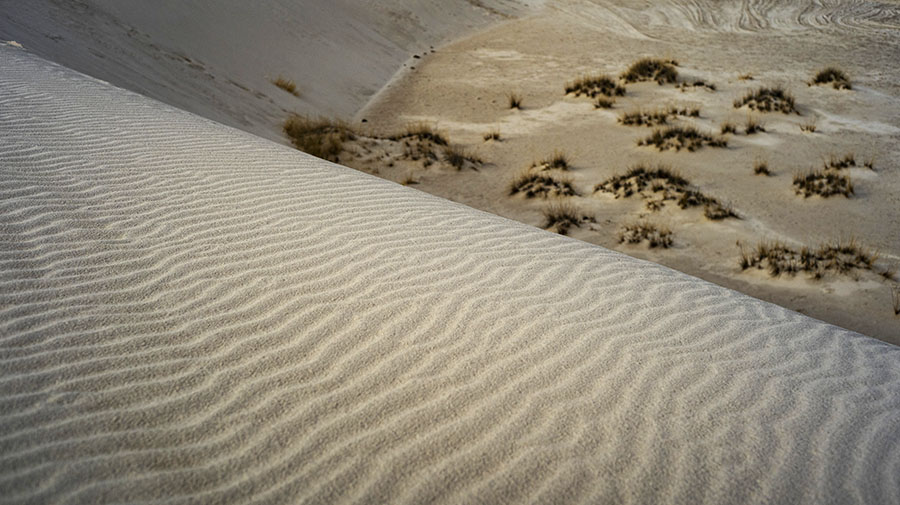 The detail in the above corrected RAW was impressive!

I would say the S1H IS did a nice job letting me “float” basic handheld moves without a gimbal or tripod. The trick, of course, is how well a camera operator can execute a handheld move. Starting and stopping with ramp up and down speed is all on the operator. Any bobble is recorded, though smoothed with the IS system. Further smoothing should occur once I attach an electronic lens with IS built in. The cool thing to me is that I can carry around a full-frame, 422, 10 bit, V-log, broadcast cinema camera in a low profile, small form-factor DSLR. Handheld, the IS system onboard the S1H allows for even vintage lens use. To the public you appear a humble still photographer, but actually you are a mobile movie-making professional in disguise. 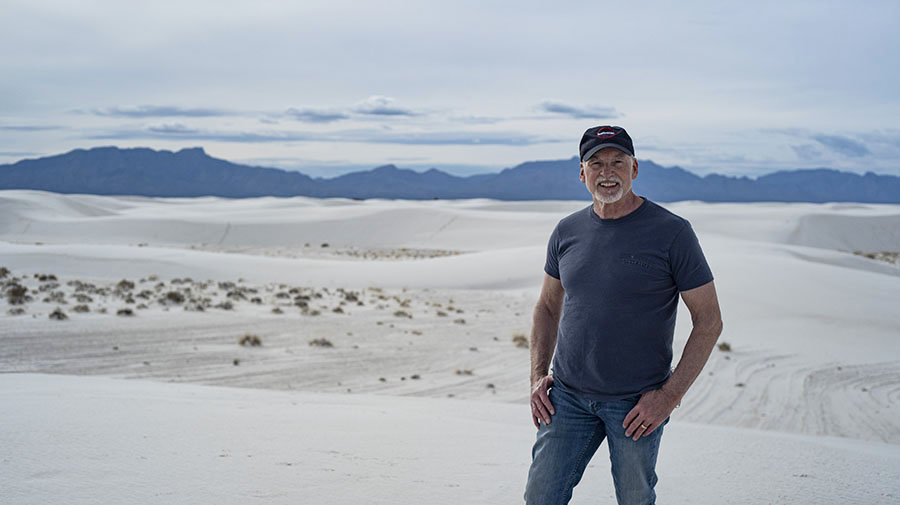 Alan Lefebvre is an owner/operator, DP/director at Best Film & Video in Plano, Texas.